A DAY TO FORGET

By Debz Doks 9 months ago 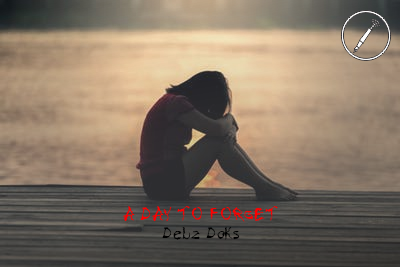 Blood! Blood! Was all I could mutter as I sat there trying to clean myself up even though I felt dirty inside. After keeping myself all through school, this was what I got rewarded with; RAPE! The scene kept flashing and I couldn't hold back tears from dropping like a raging sea. All I wanted was for someone to tell me “it's all but a dream” sadly it wasn't. I didn't dress in a suggestive way neither did I stay out late. How did I become a victim, I asked myself.  How do I tell Ade that I'm no longer a virgin? How do I deal with the stigmatization if people get to find out? I should probably just take my life. Or do I start doing runs? These were the thoughts running through my head.

October 1st, 2016, a day I can’t seem to forget. As usual, Nigeria marked its independence that day and it was a public holiday. A youth corp member I was at that time, so I didn’t have to go to my place of primary assignment to teach. The day started off well and kept reminding myself of the evening service I had in church that day. I didn’t plan on missing it for anything in the world. We value the prayers we make on the first day of the month in this part of the world. I got to church that evening and I saw myself praying like never before that I didn’t even know time had gone. I checked my watch, it was 7 pm and it was threatening to rain. I decided to rush home before the rain started. It was just a 10 minutes walking distance from the church to my house and since I wasn’t seeing any vehicle or bike to take me home, I decided to do the walk.

Halfway home, the sky grew darker and it began drizzling. I started jogging so as to get home before the heavy downpour and in less than a minute I was intercepted by two guys who jumped off a bike.

They approached me and one asked “why are you running? Don’t you know cultists are fighting and you might be mistaken for one?"

In all my innocence, I responded, “thank you, I was only trying to get home before the rain gets worse.”

Before I could take a step away, the other pulled me and asked for my phone. The shock that enveloped me can’t be described as I reached for my phone in my bag and gave to him. The bike guy who was still there waiting for the guys started his bike as they left. Standing there trying to catch my breath and figure out what just happened, the bike stopped again. To my surprise, they were headed to where I was. The thoughts of either running or standing still were battling in my mind and the other won. I stood there transfixed and they got to me again.

While all these were happening, the street was dead silent, no single soul passed and the heavy downpour I was trying to beat, caught up with me. So, they led me into a bush close to my street and I could feel all the emotions you can possibly think of running through me at once. They held my arms firmly and while one of them pulled me, the other supported with a little push from behind when I was hesitant.

"What more do you want from me," my heart teared up.

I didn't know what they wanted but I just hoped I'll make it out alive, a part of me survived and a part died there. We got well into the bush and they stopped, I immediately started pleading with them not to kill me and that I was just a corp member with no money. My pleadings fell on deaf ears as one started rubbing my face and asked me to take off my dress. At that point it became even more tensed, my heart was pounding out of my rib cage and even in the rain I felt my sweat gushing out. Is this where it all ends? After years of waiting for the perfect person and time to be deflowered I get defiled by touts in a bush, I wouldn't let that happen. I told him I couldn’t as I was a virgin and it won’t be good to have my first experience like this. In disbelief he asked me to swear and I did countless times without hesitation, hoping this was my prayer answered. Just then a car passed and I screamed for help but I rather got a heavy slap on my face in return. I obviously couldn’t be heard, no thanks to the heavy downpour.

After several slaps, I was struggling and fighting, they finally had their way. I have been raped and in a bush. The one that actually raped me got up like the spell covering his eyes just fell off. Himself and his accomplice took to their heels. In fear, I took to my heel also, I finally got to my apartment with the blood and filth I could wash away, with tears and thoughts that I'll always live with. The rest they say is history. It was the longest night I have ever experienced.

Rape is one thing no person should experience. But the truth is that, it is prevalent in our society and the world at large. Much noise has and is being made about it but the effect is minimal. Rape, a despicable act of sexual penetration carried out without the consent of the victim who could either be a male or a female. It doesn’t matter if the victim was raped by force or under duress, rape is rape. This act has led some of its victims to their untimely death, while others experience psychological trauma. We should all lend our voices against rape. Proactive steps to ensuring that this menace is curbed should be taken. Enough of the stigmatization, victims should be able to speak up without fear of being stigmatized, and well taken care of and the rapist should face the wrath of the law.