By Gift Uyanwanne 17 months ago 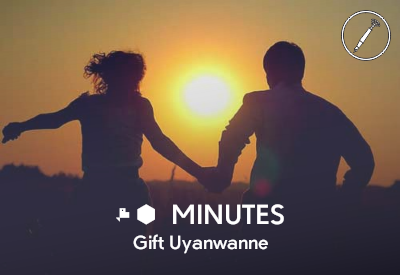 "Shhhhhhhh!" and placed a single finger across his lips.

Both our eyes tripled in size. Breaths seized, bodies motionless.

I sprang up, jumped off the bed. Not knowing how much time I had, what to throw on and what to stuff into the bag, because of the commotion in my head. The last thing I graithed for was dancing 'one corner' right before my perception, and a bird making its first appearance before the mirror had more clues. As far as I was concerned, such stuff didn't happen to unpopular people like us. This was 100% a Nollywood thing. I saw me running, leaving a heel behind, even though I was conscious I wore flats here. They always wore heels in the movies, didn't they?

He passed orders only as faintly as could be heard while tossing from window to window, calculating the next move - the safest escape route. He turned and saw me struggling with my bra.

"Oh my! Toss that into your bag! Just wear your dress!" he looked more pissed than he sounded.

The bra clipped. Humph. I already had my panties on. A split second or less, I had my dark blue 'show-me-your-back' dress on, grabbed my Kimono and purse and followed him, walking as briskly as attainable. Something kept telling me we were, no; I was going to get caught. My God! Adele's "This Is The End" couldn't have picked a more appropriate time to torment me.

Through the back door, I was sent to the 'safe house' - his neighbour's toilet. Where pieces of my dignity were sneaked out and handed me as I mentioned them, one at a time.

Then he brought me a chair to keep me and my thoughts company...

Before we started acting fast and furious, you know those sweet little talks that epilogued lovemaking, well yes, we were in such situation. Body still tangled, smiles escaping, thoughts twerking, hearts melting.

I knew the devil had it out for me when we were having the opposite of this kind of 'after love talk'. We were having the "what are we doing" talk and I can't tell you voices were not being raised at intervals.

My mind trekked back to how the session had kicked off, exactly where the first kisses and bites landed. How I grabbed on and had animalistic sounds escape from between my gritted teeth, how I kept telling myself I was not letting him off the hook this time, I was going to return the pleasures via my mouth to his joystick, just as he had given it to me, and the smile of satisfaction when he poured those thick creams onto the bed, heating me up again with another round of kisses and teases.

The door hit my right knee and somehow, my left brain too.

"Nnem! Hurry! He's out. Let's go get a bike "And I ran and ran and smiled and ran. I was scared and excited, and no side was winning. Giving the chance, fuck the circumstances, I knew I would do it all over again.

DATING IS NOT FOR ME
Stories
17 months ago
Previous Next