By Tatenda Takavarasha 23 months ago 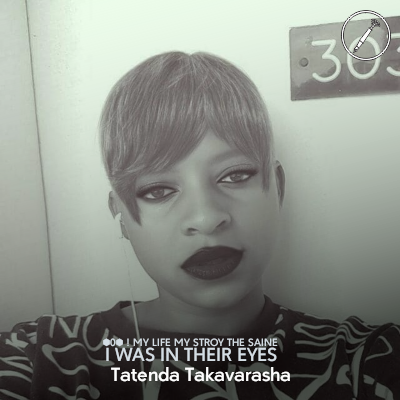 Every day a star is born i begun beaming on September 17 1992 in a drought torn Zimbabwe   when my assignment to occupy and fulfill my assignment on this earth begun .They say i was a chubby baby that never cried literally i guess even back then i knew that crying never solves anything  one art i wish i upheld don't get me wrong  am not emotional unless my heart really falls for you in other words not many people can tear me down  and those that do have no idea of the power they weld over me !! ..

.From a young age i always had a small circle of friends in my grade school i had one yes one friend that i can remember Carol she was so bright in school infact she was always number one i doubt she was ever second or third from grade one up to seven  i used to wonder why she was my best friend. Carol was dark, tall and intelligent she had a good heart still does i guess were ever she is! . The one thing i remember about her dad was that he had a red truck that i really loved! Carol never used to eat much actually much to my delight she was mostly bones and my chubby self quite enjoyed helping her empty her lunch box as well as mine with no problem at all I used to like the way she pronouced my surname she was Shagani and instead of  ka and va she would replace that with la and my surname had both va  and ra so instead of saying Takavarasha  (which means we threw them away) she would say Takalalasha which eventually become normal to me  as time went on .We used have one thing in common we were both God fearing i remember not attending any disco lol yes disco with her for my non 90s readers  disco is gig wait do they even still call them that  lol ok dance  . I bet your wondering why having Carol as my best friend baffled me after all who dosent want an intelligent God fearing friend i mean she is what every mother dreams of !! . I was not anything like her i was clumsy and as i mentioned chubby and a whole lot more !!  Well for one spelling and punctuation is and was not my strongest ability and yes am i glad am typing on a note pad and not on paper for obvious reasons.

I would love to belive am a perfectionist of some sorts and expressing my self has never been a problem though mostly calculated  sadly people have a hard time  interpreting what i want to convey or simply interpret what they want and sadly the more i  try explaining my twisted mind the more i get tangled in a web of no return that has notes so tight unravelling my thoughts just adds to more confusion .I have never in my life had a problem with being called crazy i do understand them though .The sane in me gets why people  dont get me .

I have five siblings two from my mum three from my dad ,between my mum and dad we are two .but when asked i relate to my brother who was born between my mum and dad Munyaradzi, John my beloved brother who i grew up with whoes ego is beyond beyond not that i blame him either if you know him then you understand why .He is not afriad to tell you or shy to show off his tall light self. Ironically he was the one that gave me my first name Tatenda ( thank you in shona) my mum says his nursery teachers suggested the name and he ran with it my mother wanted to call me Nyasha  (Grace in shona) but her older sister fell in love with Tatenda and just like that my beloved brother won the battle and i was named Tatenda Nyasha .I bet not many sibllings can say they named their brothers or sisters . We have a five year age gap between  us  and him being the oldest he always won every fight . I was never the one to back down though pain has never been a reason to make me back down and in a bid for him to feel my inflected wounds i would in turn hurt him in psychologically. The one fight i remember between us was when i burnt his favourite book after i had called him a name that was his name at the time he hated that name so much he later removed it from his birth certificate !!  Well it was my fault i guess .The reason why i vividly remember this is because he later broke the neck of my rare black barbie ! Ps Munyaradzi if you a reading this you owe me big time . The bond between me and my brother was and is unique we loved to see each other cry but didn't want anyone else hurting the other unless it was one of us hurting the other .Of all my siblings we share the most well my guess it is because we grew up together .People always think am lying when i try telling them that he is  my brother "same father !?"they always  exclaim .much to my annoyance .

They say the way to every mens heart is through his stomach whether  this is true am still to prove .The way to my exs heart was certainly not food lol and i did not grow up with my  dad either so am still exploring .All i know is the way to my heart is my dad .Am a spitting image of him i always wonder if that's the reason am fond of him all i know is the bond between me and my dad is indescribable  although he  stays a million miles away from me  . The longest we have stayed together was not more than two months but he would always call and was and is very much involved in my life  from the time I can remember  my dad is my rock pillar and foundation and all things nice.

Growing up i was always fascinated with nature stars and kids and I easily get bored though i would love to belive am long suffering something yours truly my dad must have passed down to me. The scariest thing for me happens to be love because when i love i love hard and it scares me  because reading between the lines is not my STRONG SUIT and you can't always control how other people you let in your life behave act or treat you admittedly  am far from perfect. Be it friendship or romance at one time I simply just shut out everyone till my current partner made me fall head over hills ...The story of who i am and was is still being told slowly a broken shelved angel born out of struggles slowly breaking her prison  is still being told