By Ibrahim Kabiru 3 months ago 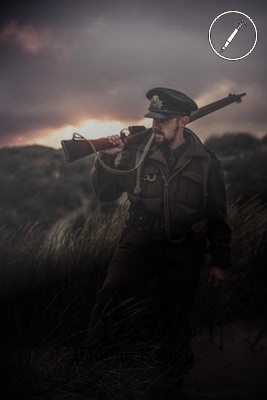 "The world used to be young, movements happened with good shares.Thoughts clouded my head, thinking about the one who knows, about the theory of everything. My name is Tommy Charmicheal, the right man for the job."

"Tommy, what makes you so confident" The yellow toothed man, Director Gibril Atkinson, said regarding me from the top of his rimless glasses

He looked at his Archimedes watch, "if you are good you'll get the job"

"Thank you, when do I begin"

We had this conversation  on the 18th of February 1996, it took an extra eleven years for me to figure out what  Gibril meant by if I am good I will get the job.

I was hired after two days as the company's top engineer after I fixed a broken Ford in a 17:59 minute, and I was then nicknamed 17:59.

That Friday the 11th of May 2007, in my garage giving instructions to two newly employed engineers when something came up my mind.Turning down my radio, it was Bob Marley's day, I would not miss the good songs of Marley for anything,  he made my youth a good ride.

Still carrying that thought about my mind, I waited, resisting the urge to smoke, doctor O'Cornel had told me it's suicide,  he had said "17:59, ciggerate ruins your lungs, it's suicide son, and I know you can't afford death now"

"Then send all the sticks down the pit, it pays to be healthy"

I tried but started again.

Passing through a Church I heard the man giving testimony or so, saying smoking made his life forgot every goodness around, I thought perhaps that's the reason why I'm still the oldest barchelor, from the moment I put away my bad habit, but now the urge was coming back, I just remembered the man in the church the urge died away.

I installed a new gadget on Gibril's new Peagout504, it was a tracker and it could record conversations and movement around the car,  Gibril brought the car for check up before riding, my thought came through that night I made do with the sticks of cigerate I hid in my tool box;just in case, I figured out the tracker and installed it, and I did not tell Gibril.

My redeeming moment came when He came back after two days, handed me the car keys, he said "17:59, I think the car got faulted, fix it yourself,  your boys won't touch my new car got it?"

After fixing the504 I checked my tracker to see if I did fine, alone in my small villa with a Spanish Baron De Romero in hand I listened to the hardest word I've ever heard. Gibril voice came up saying, "17:59's time is up, if those two finish their training you liquidate Tommy"

"I know, but I can't risk Sacred for anyone, not even Tommy Charmicheal.Just carry out the orders carefully, watch him and the new boys"

I became alive as if bitten by a Scorpion.

My next action made Gibril and the his secret Sacred a gabage, as I sent an anonymous letter to a friend in CIA, they investigated and put the whole members of Sacred into bottles.

What Happened In Pethuel's Room
Stories
3 months ago
Previous Next